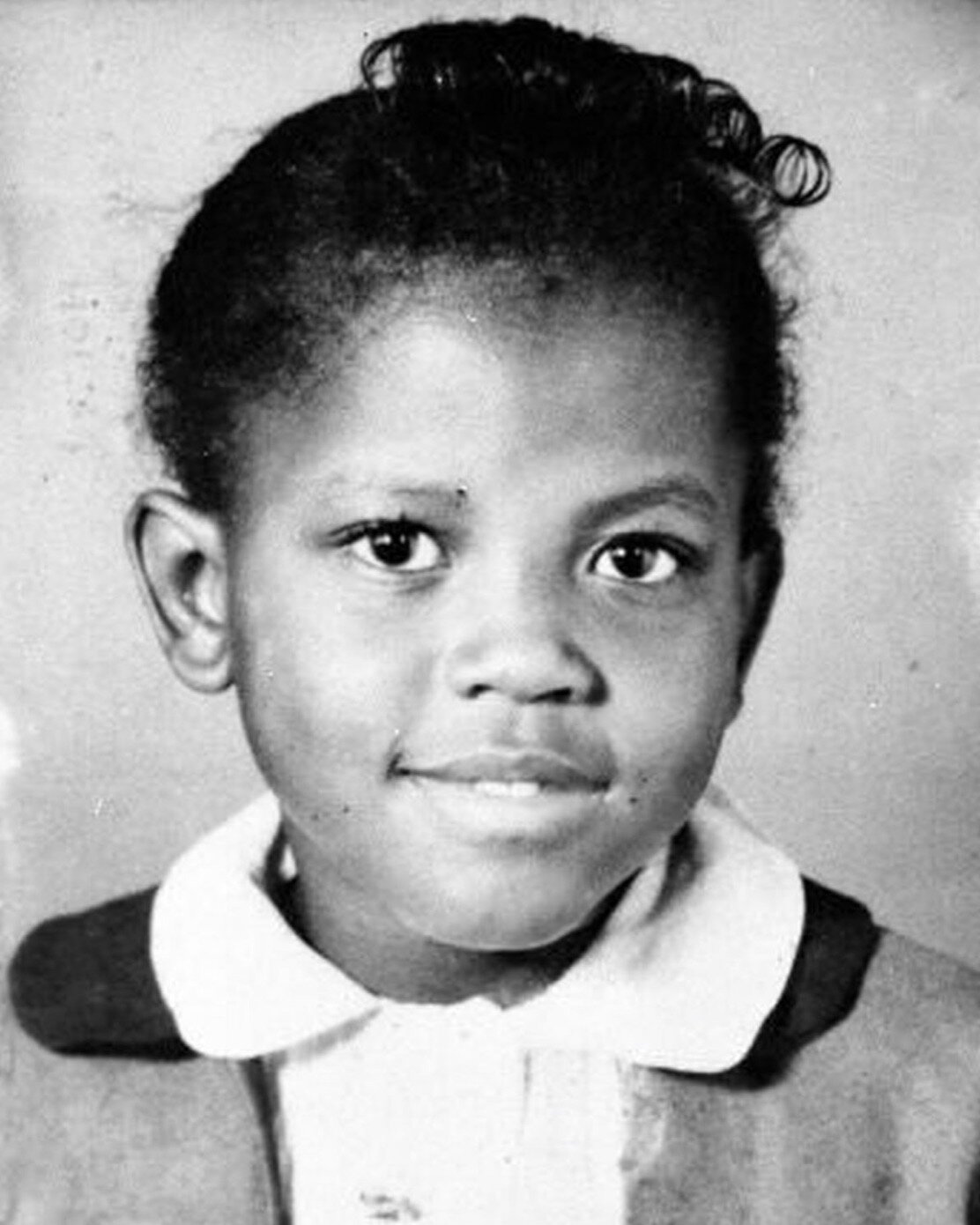 Addie Mae was one of seven children born to Julius and Alice Collins in Birmingham, Alabama. She attended Hill Elementary School and was an enthusiastic softball player, a budding artist and very outgoing. She happily went door-to-door in white neighborhoods of Birmingham to sell aprons and potholders her mother had stitched together, to make ends meet. On Sunday, September 15, 1963, Addie Mae, age 14, and her younger sister, Sarah, walked from their home to the 16th Street Baptist Church. She and her friends were preparing to take part in the morning sermon, titled, “The Love That Forgives.”

The church was well known in Birmingham as a meeting place for civil rights activists, including Martin Luther King, Jr., Fred Shuttlesworth, and Ralph Abernathy. The Southern Christian Leadership Conference and the Congress of Racial Equality worked with the church on voter registration drives. In May 1963, James Bevel led the nonviolent Children’s Crusade from the church. Over one thousand students marched daily for a week to protest segregation. They were hit with water fire hoses and many were jailed.

On September 15, 1963, at 10:22 AM, nineteen sticks of dynamite that had been placed under a stairwell of the church and attached to a timing device, exploded. Addie Mae and three of her friends were killed. Twenty others at the church were injured. When police arrived, the girls could only be identified by their shoes. Addie’s sister, Sarah, was blinded by shattered glass and ended up losing an eye.

Four white supremacist members of the Ku Klux Klan were identified by the FBI within a week of the bombing. None were prosecuted until 1977 through 2002, because FBI Director J. Edgar Hoover did not believe an all-white jury would ever convict them.

Thousands of people, including outraged whites, attended the funeral. Dr. King gave the eulogy. He said, “These children—unoffending, innocent, beautiful—were the victims of one of the most vicious and tragic crimes ever perpetrated against humanity.”

All four girls killed in the bombing were posthumously awarded the Congressional Gold Medal, which is displayed in the Birmingham Civil Rights Institute. Their names have been inscribed on the circular black granite table of the Civil Rights Memorial in Montgomery, Alabama.

The 16th Street Baptist Church now bears a plaque naming it as a National Historic Landmark, and a youth center in Birmingham was named in Addie’s honor.

In an interview in 2019, Addie’s sister, Sarah Collins Rudolph, said, “The police was involved. The mayor, the governor. They just hated our color. We couldn’t even call the police if we wanted. All of them in the office was Ku Klux Klan. You know, you go to church to praise God and you come out without your sister. And today we still haven’t gotten an apology from the City of Birmingham. Nothing. Nothing. We’re still paying bills for doctors for my eye.”

In 1964 Joan Baez gained fame for her song about the bombing, “Birmingham Sunday.” In 1997. Spike Lee produced the film, “4 Little Girls.”

Years after the bombing, Ms. Rudolph spoke at a parole hearing for Thomas Blanton Jr., one of the men convicted in the bombing. Parole was denied.